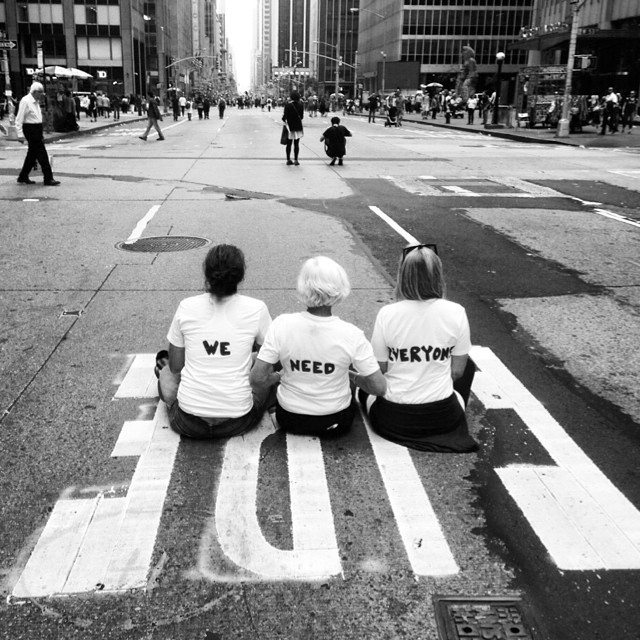 On Wednesday, the Sierra Club, one of the organizations that’s involved, announced it will sponsor a “People’s Climate March” on April 29, 2017, in Washington, D.C., and elsewhere around the country. The Saturday march will take place one day before Trump’s 100th day in office, giving the event special importance, organizers said.

In the wake of last weekend’s Women’s Marches, activists have announced the effort is being organized by the coalition formed out of 2014’s People’s Climate March, which brought over 400,000 people to the streets of New York City and many more around the world. The coalition of multiple organizations is seeking to mobilize crowds in major cities to demonstrate against President Donald Trump’s environmental policies.

The April 29th march comes in response to widespread outrage against President Trump’s disastrous anti-climate agenda – including his executive orders yesterday advancing the Keystone and Dakota Access pipelines – as well as his attacks on programs and policies that affect the lives of Americans and their allies around the globe.

“On April 29th, it’s going to be much clearer to Donald Trump that he won’t drag America or the world backwards on climate without the fight of his life,” Sierra Club Executive Director Michael Brune said in a release. “Our planet is in crisis, and voices from around the nation must and will be heard.”

The last People’s Climate March, in September 2014, had a turnout of more than 400,000 people in New York City, and was hailed as the largest climate march in history. That march preceded the United Nations climate summit, held just days later at the U.N. headquarters in New York.

Over 145 protests in local communities took place across the country in the first 100 hours of the Trump presidency, demonstrating widespread opposition to the administration’s agenda as part of an ongoing campaign organized by the People’s Climate Movement.

The People’s Climate Movement grew out of the largest climate march in U.S. history in New York in September of 2014, creating a groundbreaking coalition of green and environmental justice groups, labor unions, faith, students, indigenous peoples and civil rights groups working to advance a climate agenda rooted in economic and racial justice.