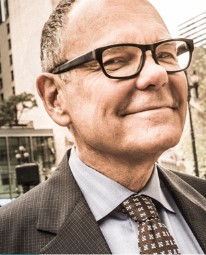 Don Tapscott – Founder & Chairman
Don Tapscott, CEO of The Tapscott Group, is one of the world’s leading authorities on the impact of technology on business and society. He has authored over 15 books, including Wikinomics: How Mass Collaboration Changes Everything, which has been translated into over 25 languages.

Don has been advancing groundbreaking concepts for over 3 decades. His 1992 bestseller, Paradigm Shift, helped coin this seminal management concept, and The Digital Economy, written in 1995, changed business thinking about the transformational nature of the Internet. Two years later he helped popularize the terms “Net Generation” and “the Digital Divide” in Growing Up Digital.

Don’s most recent and ambitious book was co-authored with his son, startup CEO and bitcoin governance expert Alex Tapscott. Blockchain Revolution: How the Technology Underlying Bitcoin is Changing Business, Money and the World was published in May 2016 and is, according to Harvard Business School’s Clay Christensen, “the book, literally, on how to survive and thrive in this next wave of technology-driven disruption.”

In 2017, Don and Alex co-founded the Blockchain Research Institute whose 70+ projects are the definitive investigation into blockchain strategy, use-cases, implementation challenges and organizational transformations.

Don is a member of the Order of Canada and is ranked the 2nd most influential management thinker in the world by Thinkers50. He is an Adjunct Professor at the Rotman School of Management and Chancellor of Trent University in Ontario. It is hard to imagine anyone who has been more prolific, profound, and influential in elucidating today’s technological revolutions and their impact on the world. 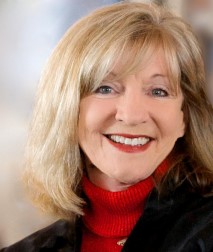 Joan Bigham – Executive Director
As Executive Director of Global Solution Networks, Joan she is responsible for the program’s design, execution and funding. She is a senior business development professional and has led the design and delivery of multiple syndicated research programs with Don Tapscott including the landmark initiatives Information Technology & Competitive Advantage and The Net Generation Strategic Investigation.

Joan is an experienced technology consultant and educator, concentrating on the transfer and application of strategic insights and knowledge to large organizations. She spent over a decade at Xerox Corporation, and was VP International Sales and Marketing for Xerox Computer Services. She founded her own consulting firm in Los Angeles, and she was instrumental in launching Knowledge Universe start-up Meansbusiness.com. Joan earned her doctoral degree in Organizational Learning and Leadership from Columbia University and is a board member of CAMH in Toronto. 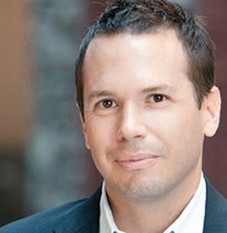 Anthony D. Williams – Executive Editor Emeritus; Founder, DEEP Centre
Anthony is a leading authority on collaborative innovation and co-author (with Don Tapscott) of the groundbreaking bestseller Wikinomics and its follow-up Macro-Wikinomics: New Solutions for a Connected Planet. He served as Executive Editor for Global Solution Networks for three years, where he also directed several research projects.

Anthony is Founder of the DEEP Centre – The Centre for Digital Entrepreneurship and Economic Performance. He is also a senior fellow for innovation with the Lisbon Council in Brussels and chief advisor to Brazil’s Free Education Project, a national strategy to equip 2 million young Brazilians with the skills required for a 21st Century workforce. He is currently at work on a new book on how micro-multinationals are revolutionizing work, life and the global economy.