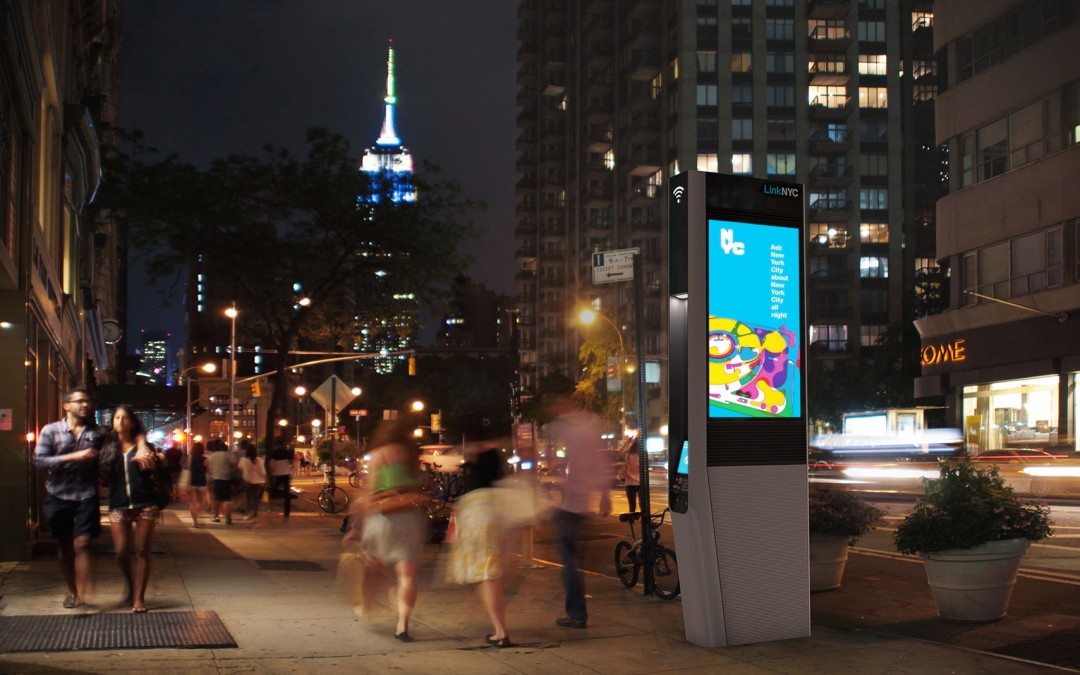 Remember phone booths? Superman’s old dressing rooms? And the open phone kiosks that stymied all the superheros that followed, and then, slowly, disappeared as every pedestrian put a phone into his pocket? A new generation of public communication is here. LinkNYC will replace the thousands of empty phone kiosks with Wi-Fi hotspots that include charging ports for the phone in your pocket, an emergency 911 call button, free domestic calls and even a tablet for web access. Links also have two have two 55” high-definition digital screens used for public service announcements and advertising. LinkNYC is the Wi-Fi network New Yorkers deserve: the largest, fastest municipal Wi-Fi network in the world – and you won’t need to insert a quarter in the slot, because it’s completely free. LinkNYC brings us a couple steps closer to our goal of leveling the playing field and providing every New Yorker with access to the most important tool of the 21st century.

The new units will be installed on a rolling basis with a target of 500 kiosks by the end of July and over 4,500 by mid-2019. The project is being undertaken by a consortium of electronics companies called CityBridge, will be funded entirely through advertising revenues while it creates jobs and generates $500 million in revenue. Each LinkNYC station will offer users a secure, encrypted network of Wi-Fi hotspots, with a signal range of up to 150 feet, for instant Internet use on their smartphones. In addition, each kiosk will also offer New Yorkers USB-device charging ports and touchscreen web browsing.

The new kiosks will be a convenience for cellphone users who need a charge when they find themselves with low batteries, and an important tool for those who do not have access to the Internet through personal devices. Free Internet access as a part of urban infrastructure is a new global standard, and a centralized system makes the most current generation of service available to all. Where public payphones brought telecommunications to the masses in the 2oth century, the availability of the Wi-Fi kiosks makes Internet access a 21st century public commodity.