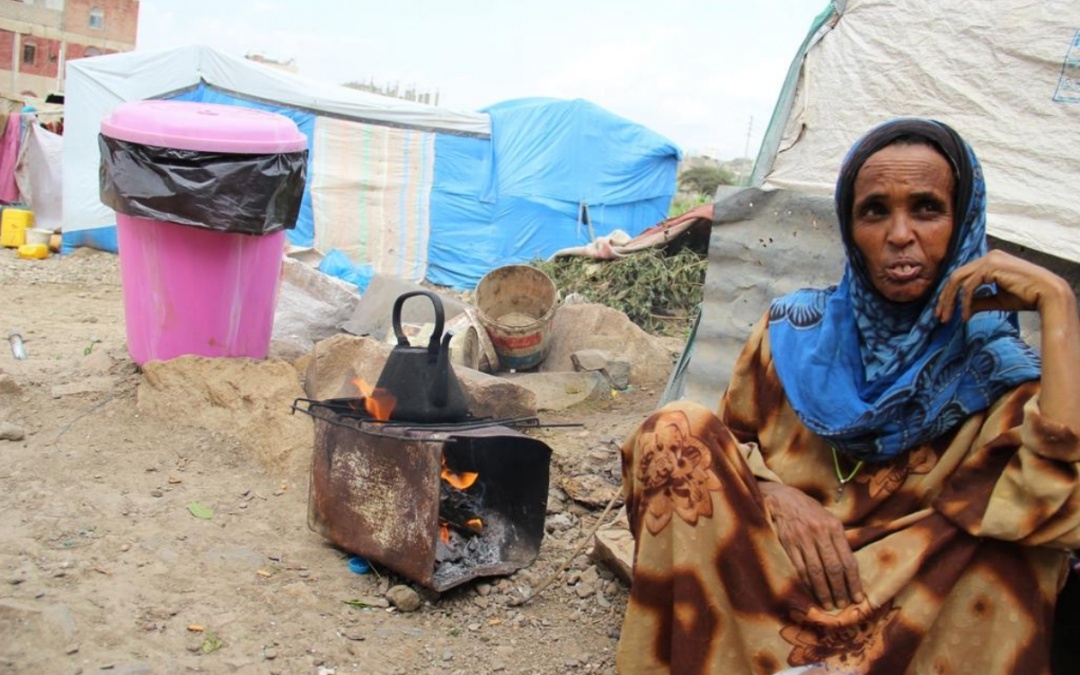 Famine. In a world of plenty, the brutality of famine continues to afflict.

When acute malnutrition rates among children exceed 30 percent, more than 2 people per 10,000 die per day, and one in five households in an area are not able to access food.

It is never sudden, and never a surprise. When famine is declared bad things have already happened and thousands may have already died. Weather forecasts can predict drought potential years out, and warning signs begin to be obvious for months in advance of famine conditions emerging. Yet, even as the UN and GSNs working in the hardest hit areas continue to work on agricultural productivity and water sourcing, the effects of climate change, erratic weather patterns, and the pressures of ongoing regional conflicts have brought four countries on the African continent to the brink of meeting the criteria for famine. The conflict areas are doubly harmed by the conflict and by the warring parties preventing aid from reaching the afflicted. The political groups fighting the civil war in Yemen are ironically also victimized by the food crises they have knowingly created.

The conditions for famine, as defined by the UN, are not easy to meet, and thousands can die of hunger and its related complications before a famine is declared. The last time a famine was declared was in Somalia in July of 2011 when hundreds of thousands died, and thousands more streamed across the border into refugee camps in Kenya and Ethiopia where many were beyond saving.

Last month, Secretary General of the UN,António Guterres warned that 20 million people would soon fall into famine. The countries at risk—Nigeria, Somalia, South Sudan and Yemen—have received less than ten percent of the $4.4 billion that the UN has requested to alleviate the disaster with food, clean water and basic medical supplies like rehydration salts.

Food insecurity caused by changes in weather patterns and agricultural collapse is an underlying cause of conflict in many of the affected areas and people are pushed to seek refuge in new areas and neighboring countries. World Food Program chief economist, Arif Husain, told the New York Times that food shortage is one of the key factors in driving populations out of their home countries.

The US has indicated a possible dramatic shift in its commitment to funding critical aid initiatives, which may only amplify the threat, while many NGOs, GSNs and aid organizations have been pushed out of the most extreme conflict areas. Oxfam, which is still operating in war-torn Yemen, has released a brief on the conditions they are facing. Sixty percent of the population of the country are now affected by food insecurity, and thousands have become internally displaced persons (IDPs) in their own country.

The tipping point for the declaration of famine has already been reached in South Sudan and, while it is difficult to assess in the worst conflict areas, is likely to have been crossed in Yemen, Somalia and areas of Nigeria as well.