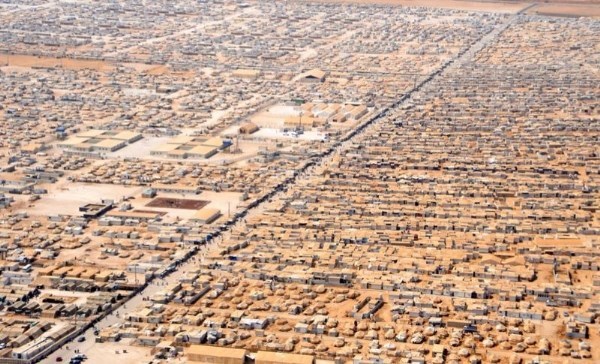 In the refugee-hosting countries in Africa, camp-based humanitarian aid has been a default response to the protracted situations of forced displacement. In the anxiety and confusion that has been generated by the US travel ban turmoil, the residents of many refugees camps have been thrown into uncertainty about their future and their options.

The assumption of the model is that there is no way for the displaced to support themselves while waiting for the return of peace and normality in their homeland. That they are simply in a way-station between their former home and either a return or an asylum destination. Some of these camps have been operating since the 1990s, seeing waves of refugees come and go. Where the camps were intended to be short term solutions for emergency events—providing health and food solutions for people in dire asylum situations—some of the refugees have been marooned for years in the camps, becoming aid dependent as their countries of origin remain disrupted by conflict.

As refugees are isolated from their homes and cultures, and as new generations are born into what was intended to be a temporary community, connections to the homeland have receded and cultural and life skills have been lost to the culture of the camp and the survival skills that emerge in crowded living conditions with few opportunities for employment or advancement.

Ultimately these refugees could no more return successfully to their homelands than assimilate easily to any other living situation that might materialize. Asylum—a tradition of offering sanctuary to those who have escaped persecution or threats in their home country—is a very different construct than the refugee camps. Asylum anticipates settling and assimilating into a new culture, while the camps were intended to be temporary. In a new study from the World Bank: “Yes” in my backyard? The economics of Refugees and their social dynamics in Kakuma, Kenya, the impact of hosting refugees in isolation from the surrounding culture and community is revealing that the movement of refugees has created a positive economic and nutritional impact in their host communities.

Worldwide displacement is at an all-time high as war and social and religious persecution increase, making 1 in every 113 people a refugee, an asylum seeker, or internally displaced in their homeland. That is 65 million people, or nearly one percent of the world population. The vast majority of the displaced are being hosted in developing countries that struggle with their own challenges of limited resources and economic strain.

The information collected in the World Bank report is specific to the Kakuma camp in Kenya, which is “home” to some 600,000 plus, three quarters of whom were born in Kenya after 1992. It highlighted the improved per capita host incomes, generated in part by serving the camps, but also by the economic activity generated in the camps, and also the improvement of agricultural production generated by the improvement of farming techniques developed to serve the refugee population.

What is revealed is that a strategy of breaking down the camp structure and assuming a permanent residency rather than a temporary “warehouse” for refugees could serve both the hosts and the hosted. The results are nuanced, and may be specific to this location in ways that would not translate out across a spectrum of facilities. Nevertheless, it points to a new way of considering the refugee camps that exist across the region. In an advance edition of “Forcibly Displaced, Toward a development approach supporting refugees, the internal displaced, and their hosts,” the authors suggest a new framework for humanitarian solutions that would adjust thinking toward categorizing refugees as a development opportunity that exists within the humanitarian problem, and direct efforts at establishing new homelands for the displaced and modifying their host communities for mutual benefit.