When Robots are the Workers, GSNs may keep us Relevant 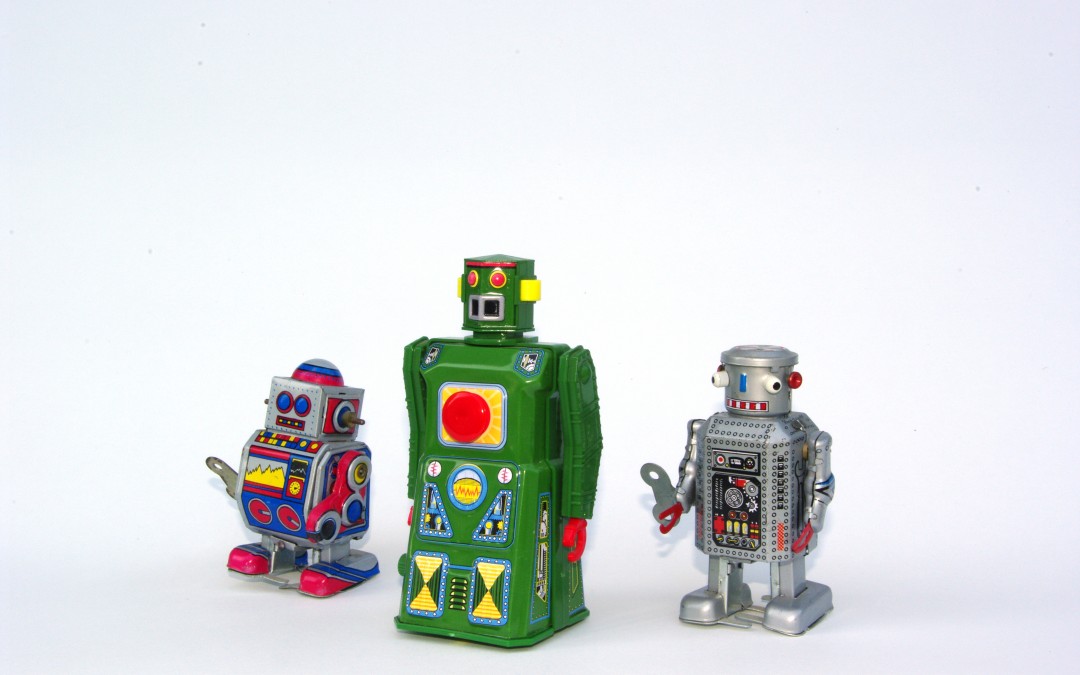 It’s common knowledge that many of the jobs currently performed by humans will be taken over in the years to come by technology or robots. That’s the finding of a recent Pew research survey that showed that more than half of Americans are certain that robots with take over jobs done by humans in the next 50 years.

Some of the trends driving this phenomenon are self-driving cars which threaten three million jobs in the United States alone and the push for a higher minimum wage which may force the hand of companies who believe that their business models cannot support $15 for unskilled labor.

The skills that can be fulfilled by robots are the operations that involve perception and manipulation, as well as exertion, such as swinging hammers. Robots can also outdo their human counterparts in the precise and microscopic work of surgery and nano-technology. More cerebral professions, that were once the realm of workers with experience and judgment, can increasingly be fulfilled by learning programs that can find patterns in large volumes of data at very high speed. Commodity trading, for example, was once the purview of experts with specialized experience and knowledge, but now is performed with such speed and accuracy that regulatory agencies are struggling to catch up with the impact.

In an interview with Business Insider the CEO of Carl’s Jr and Hardee’s, Andrew Puzder, who is developing a program to replace order takers with tablet kiosks, said this about the role of technology and robots in his business:

They’re always polite, they always upsell, they never take a vacation, they never show up late, there’s never a slip-and-fall, or an age, sex, or race discrimination case. Millennials like not seeing people … I’ve been inside restaurants where we’ve installed ordering kiosks … and I’ve actually seen young people waiting in line to use the kiosk where there’s a person standing behind the counter, waiting on nobody.

We can debate if it is a good thing to be upsold more fast food, but in the views of the corporation robots are not just cheaper, but better. Self-driving cars are far safer than those driven by humans (the Google car finally was the cause of an accident – in 1.3 million miles of operation, previous collisions all involved it being hit by a human controlled car – but it was minor and caused no injuries). Robot accountants don’t make calculation errors and robot surgeons perform with greater accuracy and using much less invasive techniques.

With the robots taking over so much work, what will we do with the newly jobless?

Some futurists think that this is just the beginning and eventually only 10% of people will be able to find jobs. An optimist would argue that this describes a Utopia– with robots acting on our whims and 3-D printers producing everything we need; that our freedom from work will allow us to expand our minds and live blissfully. Silicon Valley venture capitalist Steve Jurvetson believes:

In the long run, 500 years from now, everyone is going to be involved in some kind of information or entertainment. Nobody on the planet in 500 years will do a physically repetitive thing for a living. There will be no farmers, there will be no people working in manufacturing. To me it is an impossibility that people would do that. People might do it for fun. You might have an organic garden in your backyard because you love it. Five hundred years from now I don’t know if even 10 percent of people on the planet have a job in the sense of being paid to do something.

Others picture a scenario where a few multi-trillionaires live like Gods while the unemployable dig through their trash for sustenance. This situation is obviously not appealing – and manifestly unsustainable. Solutions such as a guaranteed minimum income have been suggested, but who would decide how much is paid and how to raise the money? Will the standard of living be set at the rate of a person in a current developed nation? In this futurist world, would all people be equal or would there be different compensation levels?

Is there a role for global solution networks if our destiny is to live in a world operated by robots and artificial intelligence? As the world evolves either to adapt or to resist technology, can GSNs provide tools and techniques for maximizing the benefits of technological innovation while minimizing the human costs?

GSNs are already active in the realm of health and human security and employment and prosperity. In a world increasingly dominated by robots, artificial intelligence and the Internet of Things, GSNs can also be a mechanism for new learning, new communication channels, and new ways to keep order, maintain peace and sustain the planet.