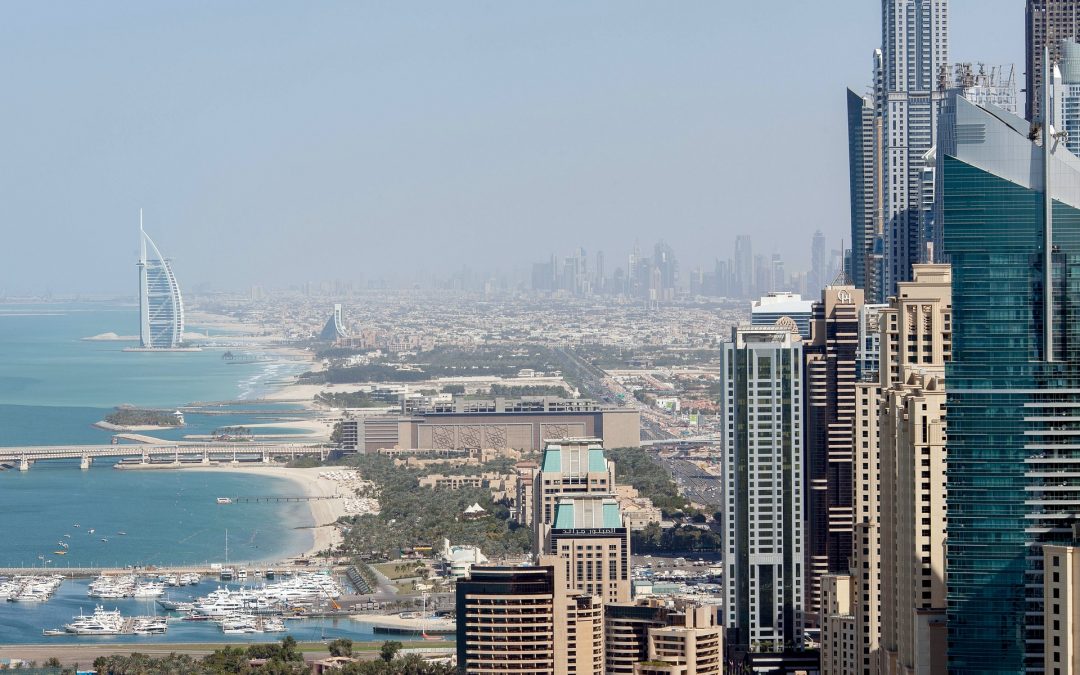 Shaping the Future with Blockchain for Business

Once a tiny fishing outpost, Dubai has become a global hub for trade with its near-zero taxes, and relative stability in a chaotic region. Now, as the world sees the development of more and more so-called “smart cities,” the city of Dubai’s Smart Dubai has unveiled a new strategic plan to become the world’s first “blockchain-powered government.” Initially the health, tourism and police would benefit from the blockchain systems. All this is part of a plan to digitize much of the city by 2020.

Blockchain has the potential to simplify record-keeping and the transport of goods all over the world. In concert with Dubai’s advanced transportation infrastructure and near-zero taxes, businesses will experience Dubai as a secure, reliably business-friendly environment.

“We want to make Dubai the first blockchain-powered government in the world by 2020,” says Aisha Bin Bishr, director general of Smart Dubai, a government office tasked with facilitating innovation in the emirate in an interview with the Wall Street Journal “It is disruptive for existing systems, but will help us prepare for the future,” she says.

Using the Blockchain digital ledger, the city agencies will be equipped to share and track information from transactions and contracts, as well as explore the familiar use of the system as the basis of the digital currency Bitcoin. Because records in the system are secure, verifiable, and permanent, the system can serve as the basis for both private business and government services. Dubai is unique in its small market size, and relative freedom from regulations that can hinder innovation, making it an intriguing test case for the innovation. This commitment to using blockchain at the government level makes Dubai the first city in the world to promote the technology in this way.

A conference on the topic in March, served as the kickoff for the initiative, which becomes a part of the Smart Dubai mission to make Dubai the “happiest city on earth.” Smart Dubai will educate both the private and public sectors and their stakeholders about the potential of blockchain. Once these efforts are finished, a pilot program is expected to launch as early as August, with a platform release by the end of the year.

Global regulatory limits may still come into play for the program, and the issues of cybersecurity for a city-sized program are still untested. Several hacking attempts have been detected in recent years on the currency programs. Integration with legacy systems is also a challenge that will need to be met.

Dubai’s vision for becoming the city of the future goes far beyond a blockchain economy. By 2030, 25% of Dubai’s road transport system is expected to be using AI and will, therefore, be driverless. The use of rooftop solar power will be mandatory by 2030 — the same year the country plans to reach 25% of its goal to generate 75% of the city’s energy via solar power by 2050. With what will be the world’s largest 1000 MW concentrated solar power plant scheduled to open in Dubai in 2020, the city should be on track to reach that goal. A blockchain economy will fit right in.

“We have a very clear objective to make Dubai the capital of the blockchain industry,” Ms. Bishr tells WSJ. “By 2020 we’ll have 100% of applicable government services and transactions happen on blockchain.”

Several key Dubai entities have already begun to test the blockchain technology.The Department of Economic Development, a government agency, usually the first stop for any company planning to do business in Dubai, is working on shifting its entire business registration and licensing services to blockchain. Another early participant in applying blockchain is Emirates NBD, Dubai’s largest bank.

Dubai has become a major import-export hub and may soon become the capital of the blockchain industry.